There was a time when, if you wanted to improve the appearance of your arms, all you had was some lotion, a dumbbell and a dream. Today, we have more or less the same goals as we did decades ago—sleek, contoured arms with smooth, bump-free skin—but the resources to achieve them have advanced and expanded.

Fitness + Nutrition
Whether the goal is holding off on procedures or maintaining their results, exercise and nutrition both play a role in how sleek and toned the arms can look. A key area to focus on at the gym? The triceps. “My go-to exercise for tricep contour is the standing tricep extension with a dumbbell,” explains trainer Lacey Stone, who says her celebrity clients “love the results they get from doing this often.” Trainer Gunnar Peterson adds to that game plan with bench dips, close-grip push-ups and overhead extensions, calling them “the triple threat.” However, spot-treating the arms won’t produce that covetable contour if nutrition isn’t on point—Stone says healthy eating is at least 70 percent of how a person looks. Furthermore, expectations must be realistic based on each individual’s starting point. “No exercise can completely eliminate the flabbiness,” Stone says, “but if you have a healthy diet, do five to six hours of cardio a week and consistently do the tricep exercises I suggested three times a week over the course of four to eight weeks, you will see awesome changes.”

Pro Tip: Generate energy with Dr. Perricone Hydrogen Water ($32 for a 12-pack), a refreshing drink that claims to boost enzymes in cells.

Skin Care
A commonly occurring skin concern on the arms is tiny bumps called keratosis pilaris. “They’re caused by the prominence of dead layers of skin and hair follicle plugging,” says Melville, NY dermatologist Kally Papantoniou, MD. “These ‘bumps’ can be darker or reddish in appearance.” A combination of gentle cleansers and moisturizers can help hydrate and repair the skin barrier. There are also both OTC and prescription moisturizers that contain urea or lactic acid, which can chemically exfoliate the skin to speed up the process.

Less-Invasive Treatments
Today’s growing arsenal of noninvasive arm treatments can be used in combination with surgery or on their own for patients who don’t necessarily seek a more dramatic change. Chicago plastic surgeon David Dreyfuss, MD says BodyTite is one of several treatments that rely on radio frequency to reduce fullness, and for some patients, correct modest skin laxity. “It only requires two small incisions of about 2 millimeters,” he explains. When done on its own and not in conjunction with surgery, it requires local anesthesia. “While the fat reduction is visible within weeks, it can often take four to six months to see the skin tightening associated with BodyTite.” Another noninvasive option is CoolSculpting, which eliminates unwanted upper arm fat with cryolipolysis—freezing fat cells and causing them to be expelled from the body through its natural waste process. It can also be used in conjunction with radio frequency for slimming and skin-firming results as, on its own, “it’s strictly for fat removal,” says Richmond, VA plastic surgeon Ruth Hillelson, MD.

Ultrasound can help address both the shape of the arms and the texture of the skin, especially with the help of radio frequency and skin cooling. An Exilis Elite treatment incorporates all three technologies, and Dr. Papantoniou says it’s a great for crepey skin. “These sessions are comfortable and feel like hot stone massages,” she adds. For shapelier arms, electromagnetic stimulation is a helpful alternative. “Emsculpt focuses on increasing muscle mass,” Grand Rapids, MI plastic surgeon Bradley Bengtson, MD says. Dr. Dreyfuss notes electromagnetic muscle stimulation on the arms is relatively new, and while effective, the results are not permanent, and maintenance treatments (typically recommended on a quarterly basis) are beneficial to maintain them.

This 26-year-old patient sought Greenwich, CT dermatologist Lynne Haven, MD for CoolSculpting to slenderize her upper arms. Dr. Haven performed one treatment, which resulted in a 1-inch loss around each arm and improvement in the upper arm contours.

Surgical Solutions
“There is a great deal of confusion with patients concerning liposuction versus skin removal,” says Dr. Bengtson. When it comes to figuring out exactly how to approach reshaping a patient’s arms, “the tricky part is determining how much the fat is contributing versus the excessive skin.” “Brachioplasty is appropriate for patients with moderate-to-severe skin laxity,” says Dr. Hillelson. Also known as an arm lift, brachioplasty involves making an incision in the armpit area that may run as far down as the elbow in order to remove loose, sagging, excess skin. “The extent of the incision and scar will be dependent upon the degree of excess skin,” explains Dr. Hillelson. While the surgery will substantially improve the appearance of the arms, Dr. Dreyfuss stresses that patients “will have a permanent scar extending from the elbow to the armpit. However, while it can be very obvious, over time, it does fade dramatically.” Some patients may benefit from a much more limited incision. La Jolla, CA plastic surgeon Robert Singer, MD adds that many patients with moderate skin laxity may benefit from a modified brachioplasty with an incision confined to the armpit, plus liposuction. “Additional treatments with Emsculpt to improve the muscle tone can further improve the results in the appropriate patient,” he says. If the primary concern is fullness of the upper arms and there is good skin elasticity, removal of fat—not skin—is the way to go, via liposuction.

“Patients with good skin quality and fatty fullness are candidates for liposuction of the arms,” says Dr. Dreyfuss. Because having less skin laxity is ideal going into liposuction, younger patients often see the most optimal results from the treatment, which is typically done as an outpatient procedure. Most often performed under sedation or general anesthesia, liposuction of the arms “requires two small incisions— approximately 3 millimeters on the lower and upper area,” Dr. Dreyfuss says. This is followed by wearing a compression garment for up to four weeks to minimize excessive fluid buildup. In addition to mere fat removal, Houston plastic surgeon Henry Mentz, MD says liposuction can also sculpt. “I am a firm believer that three-dimensional contouring can provide the most beautiful results,” he explains. “Microaire’s power-assisted liposuction allows for detailed contouring and can be combined with BodyTite to improve skin tightness and accent contours of the deltoid, triceps and biceps groove.”

After undergoing significant weight loss, this 53-year-old patient wanted to correct unwanted fat and loose skin on her arms that she was not able to improve on her own. Dr. Bengtson performed a brachioplasty to remove the excess skin and fat, giving her upper arms a tighter, more toned look that matched the rest of her physique.

The post A Complete Guide to Getting Sleek, Contoured Arms appeared first on NewBeauty. 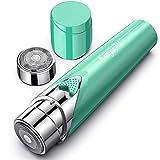