This article was originally published on January 27, 2020.

In January, the World Health Organization declared a Public Health Emergency of Global Concern due to the rapid spread of the novel coronavirus. Since then, there have been confirmed cases of the illness, now known as COVID-19, in most countries around the world, and the U.S. currently has the highest number of confirmed cases per country.

COVID-19 is an illness caused by a type of coronavirus called SARS-CoV-2. According to the CDC, the illness is spread primarily from person-to-person through respiratory droplets when an infected person coughs, sneezes, or talks. The spread is more likely when people are in close contact (within about six feet) of one another, especially when people aren’t wearing personal protective equipment, like cloth face coverings. In a fact sheet released in April, the CDC noted that the illness may also spread “by touching a surface or object that has the virus on it, and then by touching your mouth, nose, or eyes.”

Generally, symptoms such as coughing, shortness of breath, and fever appear between two and 14 days of infection. But these symptoms can vary from person-to-person, and they aren’t always respiratory. “What is very clear now is that it’s a multisystemic disease,” says Edward Charles Jones-Lopez, an assistant professor in medicine specializing in infectious diseases at Keck Medicine of USC. "It can affect basically any organ of the body." Jones-Lopez says doctors aren’t yet sure why some people experience respiratory symptoms, like shortness of breath, while others experience “severe manifestations,” like blood clots and stroke. And many infected people may have no symptoms at all.

“It has been established that this virus spreads easily and effectively, and we are learning that up to 50 percent of positive cases present with no symptoms or mild symptoms,” says Melissa Hawkins, an epidemiologist and director of the Public Health Scholars program at American University. “Those with no symptoms are sometimes referred to as ‘silent carriers,’ and tend to be younger and healthier than those who present with severe symptoms.”

People with chronic illnesses like diabetes or heart or lung disease could be at a higher risk for developing COVID-19 complications, but anyone can get sick from it.

How is it diagnosed?

According to Amesh Adalja, an infectious disease physician and senior scholar at the Johns Hopkins University Center for Health Security, COVID-19 is diagnosed using a nasal swab or saliva test that looks for genetic material of the novel coronavirus in a person who has clinical symptoms, or has been exposed to an infected person. If a health care provider finds genetic material of the virus present on the swab, a person will have a positive result.

While testing has been slow to ramp up in the U.S. due to supply shortages, Adalja says, as of early May, it’s becoming easier. “Most areas have mechanisms to get testing done for symptomatic individuals,” he tells Allure. “Some hospitals now have the machines in-house and can conduct testing; some are using other labs; and some places have drive-up testing.”

How can I protect myself and others?

As researchers work to develop a vaccine for COVID-19 — Adalja says it could take more than a year for a vaccine to be administered to the public at large — common hygiene and social distancing measures are the best ways to prevent the spread of the illness.

Staying away from infected people is the most reliable way to avoid getting ill, but that’s not always possible. Hawkins says “silent spreaders,” who spread the illness before having symptoms or without ever having symptoms, are a large driver of the pandemic. “In most studies to date, people are most infectious right before they start to show symptoms, referred to as the presymptomatic period,” she says. “Further, those who have only mild symptoms can be just as contagious as someone with moderate symptoms.”

The CDC recommends frequent and thorough handwashing with soap and water for at least 20 seconds, especially after you’ve been out in public. If you can’t access soap and water or a sink, use a hand sanitizer containing at least 60 percent alcohol, and cover the entirety of your hands, rubbing them until they dry. According to Jones-Lopez, you should also wash your wrists, especially if your wrists have touched an infected surface or you touched your wrists with your hands. It’s also important to avoid touching your eyes, nose, and mouth, particularly when your hands aren’t washed.

The CDC recently recommended that everyone wear cloth face coverings in public settings where appropriate social distancing of six or more feet may be hard to maintain, and “especially in areas of significant community-based transmission.” Facial coverings, which should fit snugly over a person’s mouth and nose, can prevent droplets from spreading to other people.

While masks can serve as a barrier to infection, avoid going out in public as much as possible. "If you’re sick with any symptoms, stay home," says Hawkins, "and try to self-isolate from other people in your home when possible."

What should I know about social distancing and shelter-in-place orders?

Hawkins says social distancing, also known as physical distancing, is currently the most effective way to prevent the spread of the virus from person-to-person. It’s important because the virus primarily spreads via respiratory droplets in the air when people sneeze, cough, or touch surfaces where the droplets have landed.

“You’re more likely to have exposure if you’re physically closer to someone who could be exposing you without even knowing it,” Hawkins says. “Distance protects you from touching and from droplets.”

To implement social distancing, many states issued shelter-in-place orders, which require people to stay at home, except for essential activities like grocery shopping and going to the doctor. When people do go out for these errands, the CDC recommends they physically distance themselves at least six feet away from another person and avoid gathering in groups.

“It’s really hard to have such strict and restrictive measures, but I think it’s helpful to know that these measures save lives,” Hawkins says. “This is what we can do individually to protect our communities.” 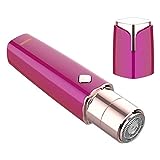