Once she reached her 40s and became a mom herself, Natasha Gregson Wagner had a newfound desire to rediscover her mother Natalie Wood — and protect her legacy.

Part of that was addressing the mystery of how she ended up in the waters off of Catalina Island in the early morning hours of Nov. 29, 1981, and addressing the painful speculation that Wood’s husband, Robert Wagner, the man who raised her and her sisters Katie and Courtney, had failed to save his wife and bore some kind of responsibility.

Get push notifications with news, features and more. + Follow Following You'll get the latest updates on this topic in your browser notifications.

It’s a subject Natasha, 49, examines in her memoir More Than Love, excerpted in the current issue of PEOPLE, and the HBO documentary Natalie Wood: What Remains Behind, airing May 5.

“For so many years we were advised to ignore or not talk about it,” says Natasha. (Her biological father was Natalie’s second husband, Richard Gregson, and she calls both men her dad.) “But enough is enough. I know that if my mom had been in any kind of distress, he would have given his life for her.”

“It’s true,” Wagner, 90, says in a rare interview. “She said that because she knows me and she knows that I never would have done anything to hurt her mother.”

RELATED: Natalie Wood’s Daughter Says She ‘Was Gripped By the Fear’ Her Mom ‘Was Going To Die’ in New Memoir

In the documentary, Natasha asks her father to describe what happened that night on their yacht, the Splendour, after he, Wood and actor Christopher Walken returned to the boat following a dinner offshore where they had all been drinking. He recounts the argument he and Walken had over how much Wood should work, during which she went below deck to bed.

When Wagner went to look for her, he saw that both the dinghy and Wood were gone. “Nobody heard anything,” he tells his daughter.

As they both fight back tears, he recounts the moment he was told they had found her body. “That night has gone through my mind so many times,” he says.

RELATED: Natalie Wood’s Daughter Defends Her Father Robert Wagner: ‘He Would Have Given His Life for Her’

“If he hadn’t been able to go there, we would not have made the film,” says Natasha.

She acknowledges she’ll never know with “complete certainty” exactly how her mother ended up in the water because she was alone when she died. “It was a terrible, terrible accident,” she writes, “and the only thing to blame was too much alcohol that night.”

She hopes with both projects, the focus will now return to her mother’s life and work.

“Natasha really wanted to focus, not how Natalie left us, but how she lived,” says Wagner. “And I think she captured that. It was a long time coming and I’m so proud of her. Believe me, it wasn’t easy. It was something in her heart and soul that she wanted to do.”

“The Natalie Wood story is the story of Hollywood and the movies and the golden age of cinema,” says Laurent Bouzereau, who directed the documentary, “but really, it is the story of a family.”

Natalie Wood: What Remains Behind will premiere Tuesday, May 5 at 9 p.m. ET/PT, exclusively on HBO. 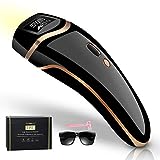